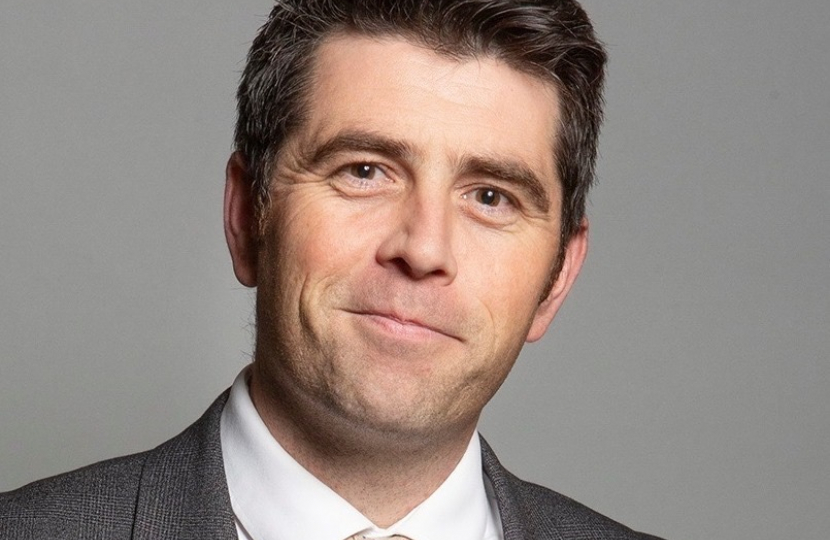 This edition of Scott's report back covers the weeks of April 11th and April 18th.

Over the past few weeks, I have been campaigning quite heavily about road safety, especially when it comes to our main road, the A30. Last month there was a closure for several hours after a bad accident near Victoria. I had been thinking about this issue for some time and so my team and I worked over the weekend to publicly raise awareness about the problems I had seen on the road. Tragically, there were two more fatal accidents in the week that followed. One caused the road to be shut overnight, the second took the lives of two of my North Cornwall constituents in an accident at Zelah. I was extremely saddened to hear this and my thoughts are with the families of the victims. Nobody should lose their life or suffer life-changing injuries when using Cornwall’s roads and I am committed to reducing all road fatalities by half in 2030 and totally by 2040. I have written to the Secretary of State for Transport and the Chief Executive of National Highways to ask what measures could be implemented to raise the safety standards on the A30. Regular road users will know from their own experience that some of the problems are being caused by poor driving habits and a lack of situational awareness when it comes to overtaking agricultural traffic and vehicles coming onto the road at junctions. We must all play our part to ensure that Cornwall’s roads are safer.

With Easter weekend coming up it was a real pleasure to be able to visit one of North Cornwall’s most historic places - Lanivet. There is a real sense of history in the village, which as I am sure you know, is the geographic heart of Cornwall. Hundreds of years ago Lanivet was a stop off on Cornish Saints’ Way pilgrimage which ran from Padstow to Fowey. Important parts of this route remain to this day and of course, including St Benet's Abbey. Whilst in Lanivet, I also visited the Grade I listed parish church, which has been a centre of worship since the early days of Christianity in Cornwall. The building is currently suffering significant interior damage due to water ingress, which has led to plaster peeling off the walls, and mould spreading rapidly on walls and granite pillars and staining architectural features. The church has launched a “Raise the Roof” campaign to raise £100,000 of the estimated £500,000 cost to repair the roof. This includes extensive re-slating, timber repair and replacement, new and deeper valleys between the three roofs and replacement of the broken cast-iron guttering system. I was delighted to be among the first to buy a slate for this beautiful and historic church. I love the idea that people’s names will become part of the building. It means that everyone who loves this church – the people who live in Lanivet and the many tourists and walkers who visit the village – can become part of its history.

North Cornwall is one of the largest rural constituencies in the country and local people rely on their bus services to access services. I am extremely pleased that the Secretary of State has made an extremely generous £13.3m package available to Cornwall to support a better service. Safe and regular public transport should be an option which is available to everybody, not just those who live in major cities. Everybody is aware of the cost-of-living squeeze, which is happening now, so choosing the bus over the car can be a great way to save money. I very much welcome Cornwall’s inclusion as one of the thirty-one areas for this levelling up scheme.

DEFRA has launched a consultation process on the largest overhaul of the national sewer system to tackle storm sewage discharges. The amount of sewage discharged by water companies from storm overflows, including into the rivers and seas is unacceptable to North Cornwall constituents and I have made this clear to colleagues in Westminster. The Government have already been acting, with record-breaking fines for water companies, but I want Ministers to go even further. From 2025, the Government will launch the largest programme to tackle storm discharges in history. I will continue to work with Ministers to ensure these plans protect the environment and hold water companies to account. I encourage people to participate in the Government’s consultation to make sure their views contribute to solving this vital issue. You can find out more and complete the consultation via the link on my website.

Finally, I was very pleased to be able to attend a very productive virtual meeting with the Housing Minister just before Parliament went on recess to discuss the impact of second homes and holiday lets in Devon and Cornwall. The Minister has given us a commitment to looking at a wider range of options, including ones that might not have been considered previously, to try and reduce the negative impacts of holiday lets and second homes in the region. He has also committed to a roundtable in the South West later in the year. As always if I can assist you with any casework or local issues then do not hesitate to get in touch with me via scott@scottmann.org.uk. You can also find out more about the work I do on behalf of North Cornwall by visiting my website www.scottmann.org.uk and by following me on social media – Facebook.com/TheRightMannForNorthCornwall.

I welcome the Prime Minister’s speech setting out his clear vision to tackle the cost of living, including his commitment to get more people onto the property ladder – decreasing the huge amount of money spent on renting and affording more people the security of their own home.